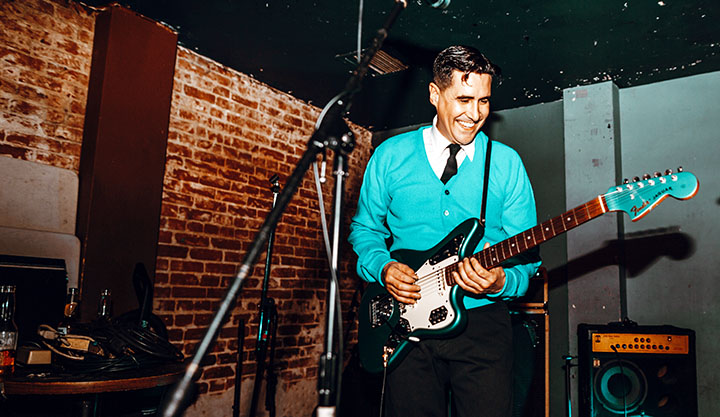 Having played in several surf bands in the 90’s, Frankie formed The Volcanics with former bandmates Benny Hammond and Derek Nakamura in 2001.  Lifelong friend Mark Yzaguirre joined the band on rhythm guitar shortly after.  Frankie writes and collaborates much of The Volcanics’ songs with both current and former members of the band.

Favorite Surf Bands:  The Titans, The Crossfires, Eddie and the Showmen